By now you’ve probably seen what the government thinks constitutes for a week of meals adding up to £30, but just in case you don’t inhabit Twitter let me whet your appetite.

Yesterday, photos tweeted by dismayed parents of children who qualify for free school meals went viral on Twitter due to the meagre amount of food they were given to last them 10 days.

One care box, tweeted by Roadsidemum (also in main image) contained a loaf of white bread, a small pack of sliced cheese, two potatoes, two carrots, two bananas, two mini Soreen bars, two tubes of Frubes, a tin of beans, a small bag of pasta and three apples. This was for two children.

Another shared by the wonderful activist Marcus Rashford showed two tins of beans, two eggs, some pasta, a few slices of bread, half a cucumber, half a pepper, one potato, an onion, two oranges, an apple, two bananas, a carrot, some grated cheese, three potatoes, a small carton of milk or custard and what looks like flour or sugar.

These are an absolute joke and rations at their very worst, which certainly wouldn’t feed two children lunch for 10 days.

Surprise surprise, it turns out the government contracted their duty of care out yet again to a luxury company, Chartwells, who know nothing of what it means to live on the breadline – they usually provide catering for private schools.

Funny that the people who said you could make a full meal for £1 a couple of months ago can’t provide a full shop for £30.

This is all bad enough, but then as someone with food intolerances (Coeliac disease and lactose intolerance) I began to worry about children living on the poverty line with similar issues – I hadn’t seen anything about the provision being made for them. I should’ve known that this was the case, because as always, vulnerable people were being thrown under the bus even more.

Sian Norris reporting in The Byline Times obtained an email sent to parents by a school explaining that Chartwells were unable to provide specific food for dietary requirements, so parents were requested to “remove the items their children cannot have”.

This means that children with food allergies or intolerances, have to follow specific diets for religious reasons, or are vegetarian would not have received food that they could eat.

The email doesn’t state that these families would receive replacement food, meaning if you got a parcel mainly consisting of pasta and bread you’d be left with just a few veggies.

As someone who has lived in food poverty with intolerances, I know how hard it can be to try and feed yourself when your food is sometimes double or even triple the price of “regular” food.

Now imagine you have a fiver til next week.

Ultimately I did what I had to and decided that a few hours on the toilet after eating cheaper food that contained gluten was the easier choice if it meant I could fill my basket.

Mine was a choice I had the privilege to make though, someone with a severe allergy couldn’t do the same. There’s also things to consider such as neurotypical children who don’t like eating certain textures or those who can’t eat low fat foods because of special diets.

I was also informed that the same terrible provisions were supplied to people entitled to government support due to shielding in the first lockdown, meaning the government have had time to reconsider how they have failed disabled people but just haven’t.

I can’t get my head around the fact that a catering company who boasts “more than 50 years of service to independent schools” can’t provide for dietary needs.

No, this was a deliberate choice to cut corners with a complete disregard for vulnerable children. Showing once again that disabled and chronically ill people will always left to suffer and die by this government. 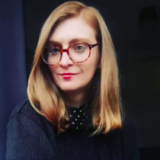 Founder and Editor in Chief